You are here: Home / About

The ISACA Greater Washington, D.C. Chapter (GWDC) was founded on June 12, 1974 as the National Capital Area Chapter (NCAC) and was ISACA’s fifth chapter. Andy Best was the first Chapter President in what would become a long line of distinguished Chapter Presidents, many of whom have gone on to make significant contributions to ISACA and our profession.

The Chapter is a nationally and internationally recognized chapter and has received many awards from ISACA International, which demonstrates the quality of the volunteers who serve on the Chapter Board of Directors and the services provided to chapter members.

In 2005, the Chapter established the V. Lee Conyers Award to honor and remember V. Lee Conyers, a distinguished member of the chapter. The award recognizes an individual who has made significant contributions to the GWDC, ISACA, and the IT audit, security, control, and governance profession.

In 2017, we changed our name from the ISACA NCAC to the ISACA GWDC to help members around the world to more quickly identify the Chapter with its prestigious location, improve name recognition, and facilitate consistent branding.

You may join the GWDC whether you live inside our outside our chapter boundary. Our membership includes individuals living in the Washington, D.C. metropolitan area as well as the far reaches of the globe. 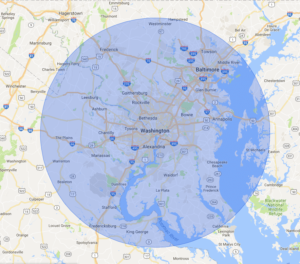 The Chapter relies on dedicated volunteers to deliver the events and services to Chapter Members. The Board of Directors is always in need of such volunteers to perform a range of activities, from a task that may take just an hour to planning and executing events.