You are here: Home / Chapter News / Happy Holidays from GWDC

GWDC hosted the Annual Holiday Membership Mixer last night at Buffalo Billiards.  It was great turn out with well over 50 attendees.  The event was an opportunity for members to enjoy some food, catch up with friends, and expand their professional network in a casual setting. 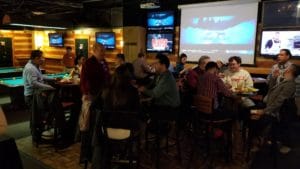 GWDC held prize raffles each half hour. Starbucks gift cards, ISACA swag, and free conference passes were given out to the lucky winners.  Another prize raffle was held specifically for new members as well. 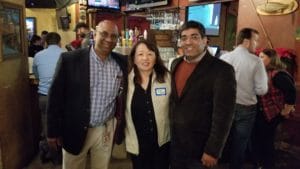 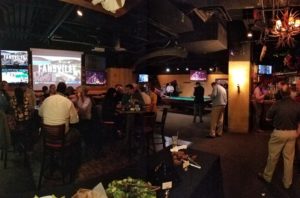 GWDC wishes everyone a safe and happy holiday season.  We look forward to seeing you in the new year.

Jason joined ISACA in 2006 and presently serves as GWDC Past President.  He’s served on the Chapter Board of Directors since 2014.  Jason is very involved with ISACA Global and some of his volunteering consists of serving on the Chapter Services Working Group, Leadership Development Advisory Council, and contributing significantly to CISA and CISM exam preparation content. Jason has received 40 under 40 Awards from AFCEA International for his contributions to the STEM field and from Leadership Center of Excellence for his leadership in the Washington, D.C. region.  Jason is an Associate Partner within IBM’s Cybersecurity and Biometrics Practice.  He holds the CISSP-ISSAP, CISA, CISM, and PMP certifications.