For more information on our events policy, see https://isaca-gwdc.org/event-policies/

The ISACA GWDC is proud to host our annual 2022 Emerging Technology Virtual Conference on January 13th. This year it is virtual. Technological advances such as artificial intelligence, augmented reality, 3D printing, blockchain, and 5G will have a significant impact on our daily lives. Organizations and digital-born companies want a competitive edge and are implementing these technologies while leaving the risk of their implementations on audit and security professionals. We need to consider and understand their implications to harness their capabilities to proactively address risks. The ISACA GWDC Emerging Tech 2022 conference features local thought leaders and demonstrations on current and emerging topics related to addressing the risk and impact of new technology.

Enjoy discounted or free event pricing and other benefits all year round! Join ISACA GWDC Today!

Check out our calendar of upcoming events for more ISACA GWDC and partner activities. Don't forget to follow ISACA GWDC on LinkedIn,  Twitter, and Facebook for the latest news and information from ISACA GWDC, ISACA, and the audit, governance, and security profession. 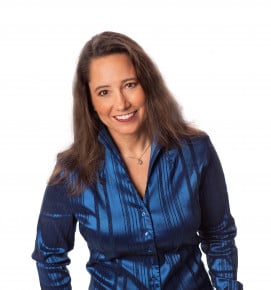 April Falcon Doss is the Executive Director of the Georgetown Institute for Technology Law and Policy. Prior to that, April spent over a decade at the National Security Agency, where she held a number of positions that included managing operational programs and technology innovation efforts, a posting as an overseas foreign liaison officer, and serving as the Associate General Counsel for Intelligence Law. Subsequently, she served as Senior Minority Counsel for the Russia Investigation in the United States Senate Select Committee on Intelligence, and chaired the cybersecurity and privacy practice of a major U.S. law firm. She is the author of the book “Cyber Privacy: Who Has Your Data and Why You Should Care,” and is a regular commentator on issues relating to national security, cybersecurity, data privacy, and emerging technologies. She’s appeared on a number of outlets including CNN, MSNBC, NPR, and CBC, and her articles have appeared in a range of publications including The Atlantic, The Weekly Standard, Lawfare, Bustle, Just Security, and the Washington Post. She’s on Twitter @AprilFDoss.

If ISACA GWDC cancels the event, all registrants will be notified as soon as possible through email at the email address provided during registration. Full refunds will be provided.

Earn up to 4 Continuing Professional Education (CPE) credits in the area of Information Technology. The ISACA® Greater Washington, D.C. is registered with the National Association of State Boards of Accountancy (NASBA) as a sponsor of continuing professional education on the National Registry of CPE Sponsors. State boards of accountancy have final authority on the acceptance of individual courses for CPE credit. Complaints regarding registered sponsors may be submitted to the National Registry of CPE Sponsors through its website:  www.NASBARegistry.org.

CPEs will be distributed via e-mail along with the event evaluation survey after the completion of the event. Attendees must be present the full day and respond to polling questions to receive full CPE credit.

The GWDC welcomes your comments, complaints, suggestions, questions, and other feedback concerning our website information and services. All complaints should be directed to the Associate Director of Registrations at registrations@isaca-gwdc.org.

Kenneth joined ISACA in 2013 and presently serves as the GWDC Communications Director. He holds the CISM, CISA, PMP, CIPP/G, and AWS CCP.