Lieutenant Weinstein began his career in Soviet Studies where he learned about International Conflict gaining knowledge of NATO and the Warsaw Pact. With his background, he joined the Arms Control Team where he oversaw nuclear weapons reporting directly to the president. His experiences include 8 years with the police as well as the position Chief of Police. During his career, he has been involved with community outreach and firearms programs. Lieutenant Weinstein began his presentation addressing the complex and contentious topic of the Border Security debate. 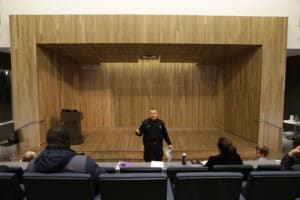 He focused on a framework to assess the complexities of creating a border wall either physically or through technology. This framework was demonstrated in similar complex situations where he used it in evaluating a police department and in evaluating competing technhologies. Lieutenant Weinstein emphasized “not what to think, but how to think” using systematic and systemic thinking. He explored the impact border security and immigration have on the United States including the political, social, economic, and cultural impacts.

After reviewing the impacts of border security and immigration, Lieutenant Weinstein emphasized that there is not a single goal to solve the complex border wall issue, but rather a variety of goals. These goals need to be prioritized and the priority changes for every person based on his/her values. Lieutenant Weinstein provided a list of goals to address the issue of the border and immigration: deterring drug and addiction, relieving suffering in the homeland of origin, humanitarian at the border, minimizing costs, restoring civility and dialogue between differing views, improving relations with other countries, laws and law enforcement, managing the flow of immigration, stifling future waves of immigration, documentation, ability to track immigrants, and related social costs. He highlighted that this is not the final list and there are many more goals that can be added to the list including diversity. He then explained Factor Analysis pointing out the importance of measurement in order to engage intellectually when on the topic of border security or other complex topics. He provided everyone a diagram. The diagram had the outputs (goals) across the top of the page and then listed the inputs: Personnel, Facilities, Equipment, Procedures, and Communication. Lieutenant Weinstein discussed these inputs as to how they would address the goals. He marked an ‘X’ on inputs impacting the output. Those inputs addressing the most goals especially the high priority goals would be the solution to the border security debate. As Lieutenant Weinstein expressed these would be different based on the individual’s values. When assessing an issue such as border security, identify the goals to address the issue, prioritize the goals, understand the means that impact each goal, and achieve the goal by implementing the inputs that impact the needed outputs to address the issue. 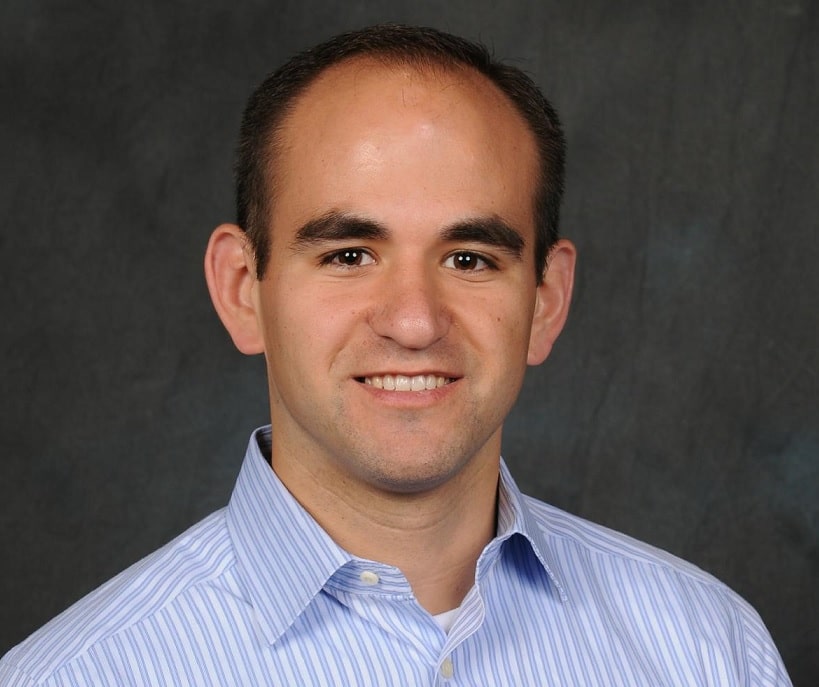 Jason joined ISACA in 2006 and presently serves as GWDC President.  He’s served on the Chapter Board of Directors since 2014.  Jason is very involved with ISACA International and some of his volunteering consists of serving on the Chapter Services Working Group, Leadership Development Advisory Council, and contributing significantly to CISA and CISM exam preparation content.  Jason is an Associate Partner within IBM’s Cybersecurity and Biometrics Practice.  He holds the CISSP-ISSAP, CISA, CISM, and PMP.